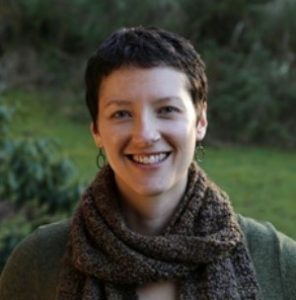 Melisa manages the Bronze Coast Gallery in Cannon Beach, and has a background in studio photography and fine art.  She joined the Center in 2011 as a wildlife care volunteer, and has recently begun working with our education birds to further their training.  She is a member of the International Association of Avian Trainers and Educators, and gained her initial experience in animal training with Guide Dogs for the Blind.  When not working in her businesses or with the birds, she can be found in over her head with home remodeling projects, or wandering in the woods with her dog.

Melyssa has served as coordinator of the Necanicum Watershed Council since 2010. Previously she worked for the Oregon Department of Forestry’s Tillamook Forest Center and the Oregon Department of Fish and Wildlife in a variety of positions along the north Oregon coast. She has a Bachelor’s degree in Fisheries and Wildlife Science from Oregon State University, with a specialization in the human dimension of natural resources.  She is a 3rd generation Oregonian, and when she’s not in the field, a meeting, or driving to and from, Melyssa enjoys kayaking, trying not to kill plants in her garden, cooking, and her fur-children.

Melissa Keyser is currently the Program Coordinator for the Haystack Rock Awareness Program, sits on the Friends of Cape Falcon Marine Reserve board and is passionate about stewardship and advocacy, especially when it comes to our marine ecosystems. Living in Astoria, she loves to spend time exploring and foraging in our forests and on our beautiful beaches with her family. She also enjoys volunteering in the community through various environmental and political groups and hopes to create positive change through constructive action. 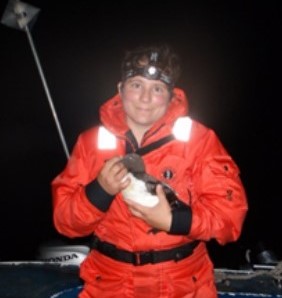 Although raised primarily in the Show-Me State of Missouri, Dr. Jen Zamon is now a marine ecologist working with NOAA Fisheries in Hammond, OR at the Point Adams Research Station. She completed her bachelor’s and master’s degrees at Cornell University in Ithaca, NY which is when she became interested in studying oceanography and the ecology of marine predators.  She continued doctoral graduate training at the University of California – Irvine working with fisheries acoustics.  In addition to serving as Board Member with the Wildlife Center for the North Coast, Jen is involved with her community as a firefighter/EMR with the Lewis and Clark Fire Department, Vice-President of the Lower Columbia Danish Society, Secretary for the Clatsop County Firefighters Association, and a founding member of the Astoria French language club Le Cercle. Last but in no way least, Jen enjoys spending far, far too much time hanging out with her rowdy flock of hens and roosters in the Youngs River valley. 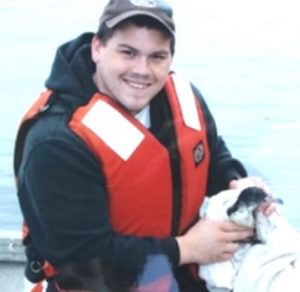 Josh was born and raised in rainy Astoria, Oregon.  He started volunteering with the Wildlife Center in the summer of 2008—the summer between his sophomore and junior year of high school.  In 2010, he tested for, and received his ODFW State Wildlife Rehabilitator’s Permit, and was working, on a volunteer basis, as the Assistant Director of the facility.  September of 2015, Josh was appointed Executive Director of WCNC following the death of long-time Director and Founder, Sharnelle Fee.  When not working, Josh enjoys spending his free time in nature with his wife Kimberly, and his crazy dog Puffin. 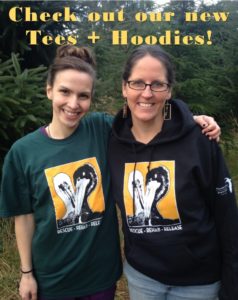